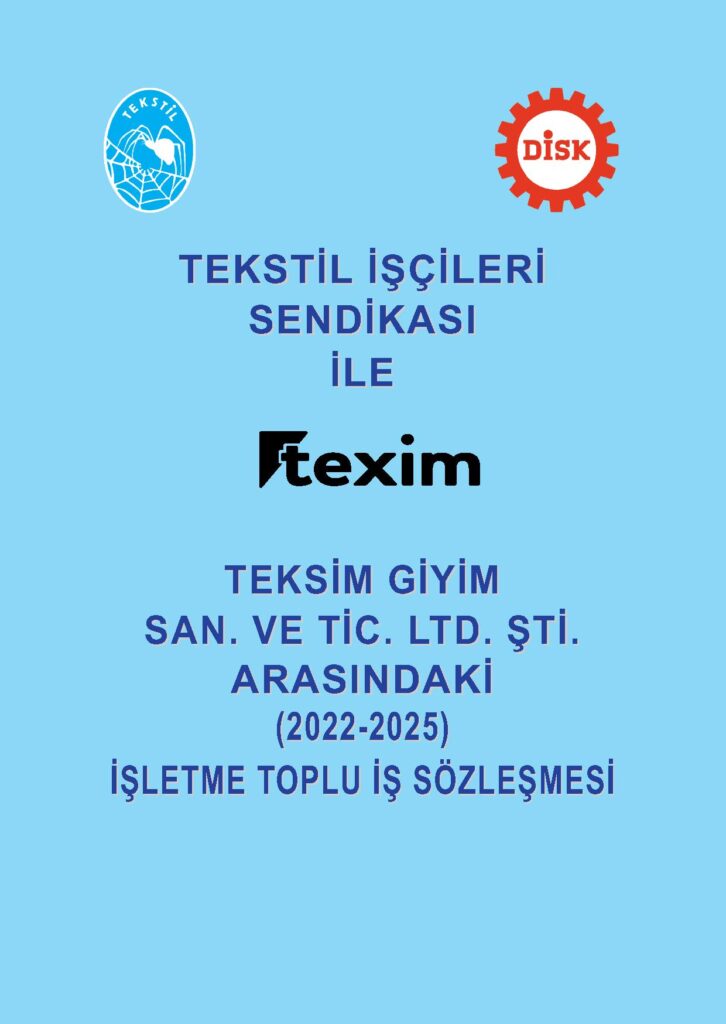 During the lengthy and challenging meeting, attended by our Merter Branch President Asalettin Arslanoğlu and our workplace union representatives Adem Mercan and Selman Çelik, the impact of inflation and minimum wage increases on wages, a major concern for workers in recent years, was discussed.

In response, our union proposed the rearrangement of the job description wage system in the workplace, based on the principle of equal pay for equal work that our union has advocated since its inception. The wage differences were calculated based on the place and quality of the work in the production process, as well as the necessary knowledge and skill criteria. This prevented wage differences based on job type from being greatly impacted by inflation or minimum wage increases. With this agreement, the issue of tax brackets, which had caused a significant decrease in workers’ wages over the year and was a source of intense frustration for workers, was resolved in their favor. As of January 2023, net wages and net social assistance will be implemented, resulting in a 15% to 27% increase in net wages earned during the year compared to previous years.

The wage level system implemented ensures that the minimum wage and welfare share increases for lower level wages are reflected at a determined rate for each level in upper level wages, creating a chain of wage increases.

In addition to a monthly bonus of 10 days’ wages, members will receive a net family allowance of 375 TL in the first period of the contract. It has been decided to increase the family allowance at the rate of the 9th level wage increase in each contract period.

Educational assistance, previously only offered for primary and secondary education, has also been extended to members’ children in higher education. The number of food aid distributions has been increased from 4 to 6, and the same provisions will be made during Ramadan and Eid-al-Adha, in addition to the in-kind food aid given every 3 months.

Education and food aid were provided in kind to mitigate the negative effects of inflation increases. Other aid amounts have been increased by 100 to 112 percent.

des the ILO’s 190 Convention on the Elimination of Violence and Harassment at Work.

We wish all of our members success with our new contract.