Prepared by DİSK-AR “2. The research report titled “The Impact of the Epidemic on Workers in the Year of the Year” was announced to the public with a press meeting held at DİSK Headquarters on Friday, March 11, 2022 at 11:00.

In his statement here, DİSK Chairman Arzu Çerkezoğlu emphasized that the pandemic has created important socio-economic problems as well as heavy humanitarian damage, and that the workers have paid and continue to pay the economic cost and burden of the pandemic in the past two years.

Reminding that other works of DİSK-AR regarding the negative consequences of the pandemic for workers and employees have been shared with the public in the past, DİSK Chairman Arzu Çerkezoğlu said, “With this study, the socio-economic effects of the pandemic on workers across the country are revealed for the first time.”

The full text of the press release:

DİSK-AR RESEARCHES THE EFFECTS OF THE PANDEMIC ON WORKERS IN ITS SECOND YEAR: COVID-19 MADE WORKERS FURTHER

The Covid-19 epidemic (pandemic), which started on March 11, 2020 and completed its second year on March 11, 2022, not only caused great human destruction, but also created serious socio-economic problems. There were significant job and income losses. Workers and wage earners are among the sectors most adversely affected by the epidemic.

A study aiming to reveal the effects of the pandemic on workers was published in the second year by the Turkish Revolutionary Workers’ Unions Confederation Research Center (DİSK-AR). Research carried out across Turkey and covering all workers revealed that workers became even poorer and indebted during the Covid-19 period.

Operations Social Research Center conducted the fieldwork of the study, which was conducted with the contributions of the Friedrich Ebert Stiftung (FES) Turkey Representation.

The Comprehensive results of the study carried out under the title of “The Outlook of the Working Class of Turkey: The Study of the Economic Crisis and the Covid-19 Epidemic and Its Effects on Workers” will be shared with the public in the coming days.

A field study (survey) carried out across Turkey, covering all workers, revealed that the Covid-19 epidemic has had multiple negative socio-economic effects on workers. In short, the workers paid the economic cost and burden of the pandemic and continue to do so.

The negative consequences of the Covid-19 pandemic for workers and employees are revealed by various data. We have shared our other works in this direction with the public before. This study presents for the first time the socio-economic effects of the nationwide pandemic on workers.

The results of our research can be summarized as follows.

In the pandemic, the gap between the average wage and the minimum wage has narrowed further.

With the pandemic, the way workers work has changed, and there has been loss of income. While there was a 35 percent difference between average wages and minimum wage in 2017, this difference decreased to 27.5 percent in 2021. Thus, during the pandemic period, average wages continued to fall towards the minimum wage and the gap narrowed. The most important reason for this is that the short-time working and cash wage supports made during the pandemic period are below the actual wages of the workers.

The two most important problems during the pandemic period are unemployment and low wages.

House costs increased during the pandemic

In the pandemic, life and living became difficult, debt increased

The increase in borrowing stands out as the biggest problem faced by workers in the pandemic. 55 percent of the workers said that their debts increased during the pandemic period, 27 percent said they had difficulty in paying their bills, and 25 percent could not pay their credit card debt.

Expenditures were reduced in the epidemic, the tendency to cheap food increased

Families are the main source of aid, İŞKUR ranked second

The main source of assistance for workers during the pandemic has been their families. 39 percent of the workers declared that they received help from their families. The total rate of those receiving short-time working allowance and unpaid leave allowance was 32.5 percent.

Covid-19 is a worker disease: 46 percent of workers themselves or a co-worker contracted Covid-19

Research shows that Covid-19 is also a workers’ disease and workers have a high incidence of contracting the disease. While 54.4 percent of the workers state that they have not contracted the disease, 46 percent of them declare that they and/or their colleagues have been infected with Covid-19.

Despite the epidemic, the wheels of production turned

30 percent of the workers stated that although there was a Covid-19 case in the workplace, the works were not stopped and the production continued. It is possible to say that the approach of maintaining production even in the most intense period of the epidemic played a role in the high rate of catching Covid-19 among workers.

The way three quarters of workers work has changed

There have been significant changes in the way workers work due to the closures, interruptions and other regulations experienced during the epidemic. New forms of employment emerged, such as short-time work, unpaid leave, and working from home. While 25.8 percent of the workers said, “There has been no change, I continue to work as before”, 74.2 percent stated that the way they work has changed during the pandemic period.

Housework and care burden increased in the pandemic

48.8 percent of workers working from home stated that the burden of housework and care has increased. While this rate is 44.8 percent for men, it is 52.9 percent for women.

In the pandemic, women workers are also invisible domestic workers.

To watch the meeting: 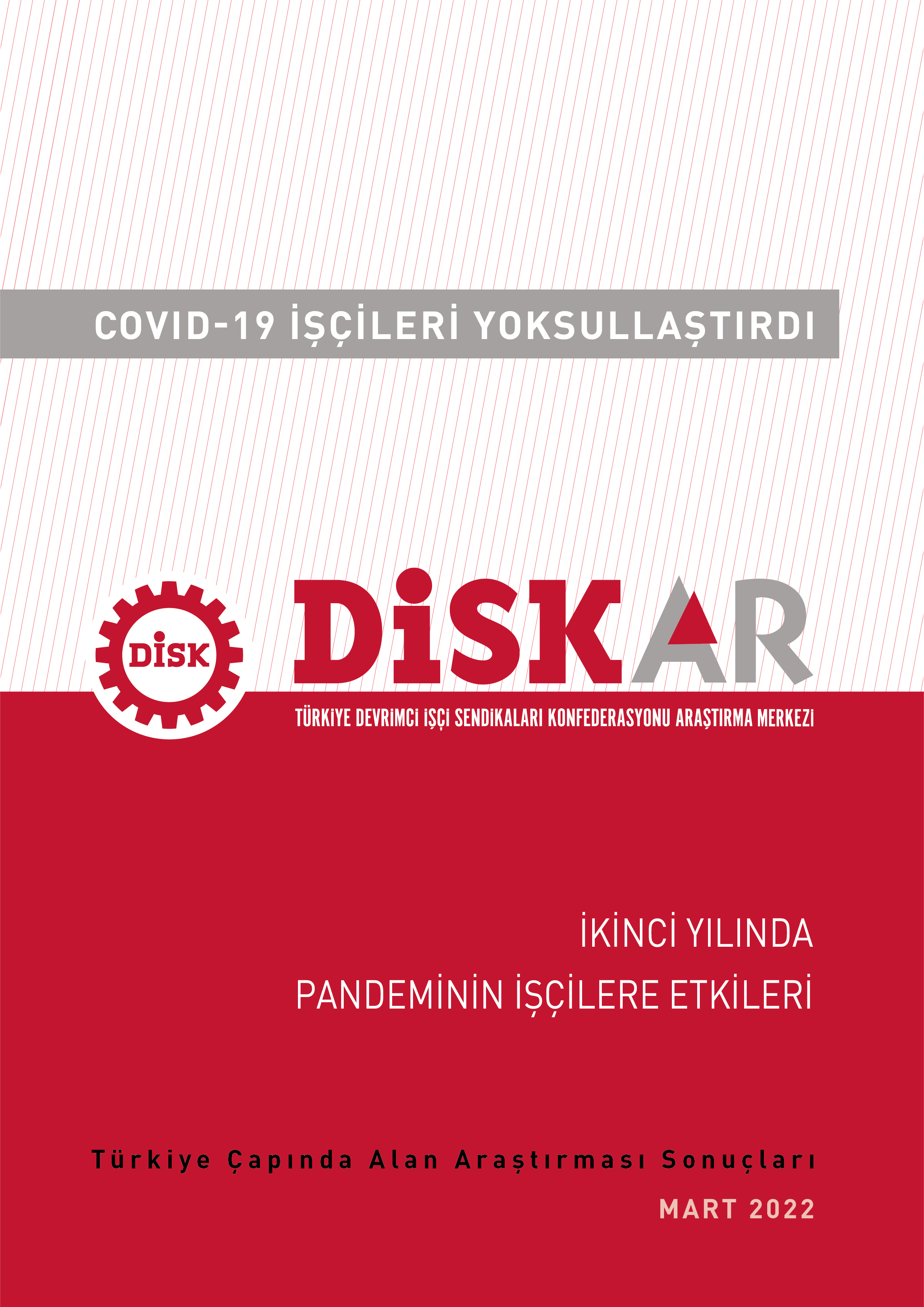 Unemployment and Employment Outlook Report-2021 has been published