Life is Expensive, Labor is Cheap: This Can Not Go Like This

The first mass press release regarding the new struggle process initiated by DİSK against the price hikes and the ever-increasing cost of living was made in Kadıköy Pier Square.

The workers, who started to come to the area from 12, waited for the press release to start with halay. 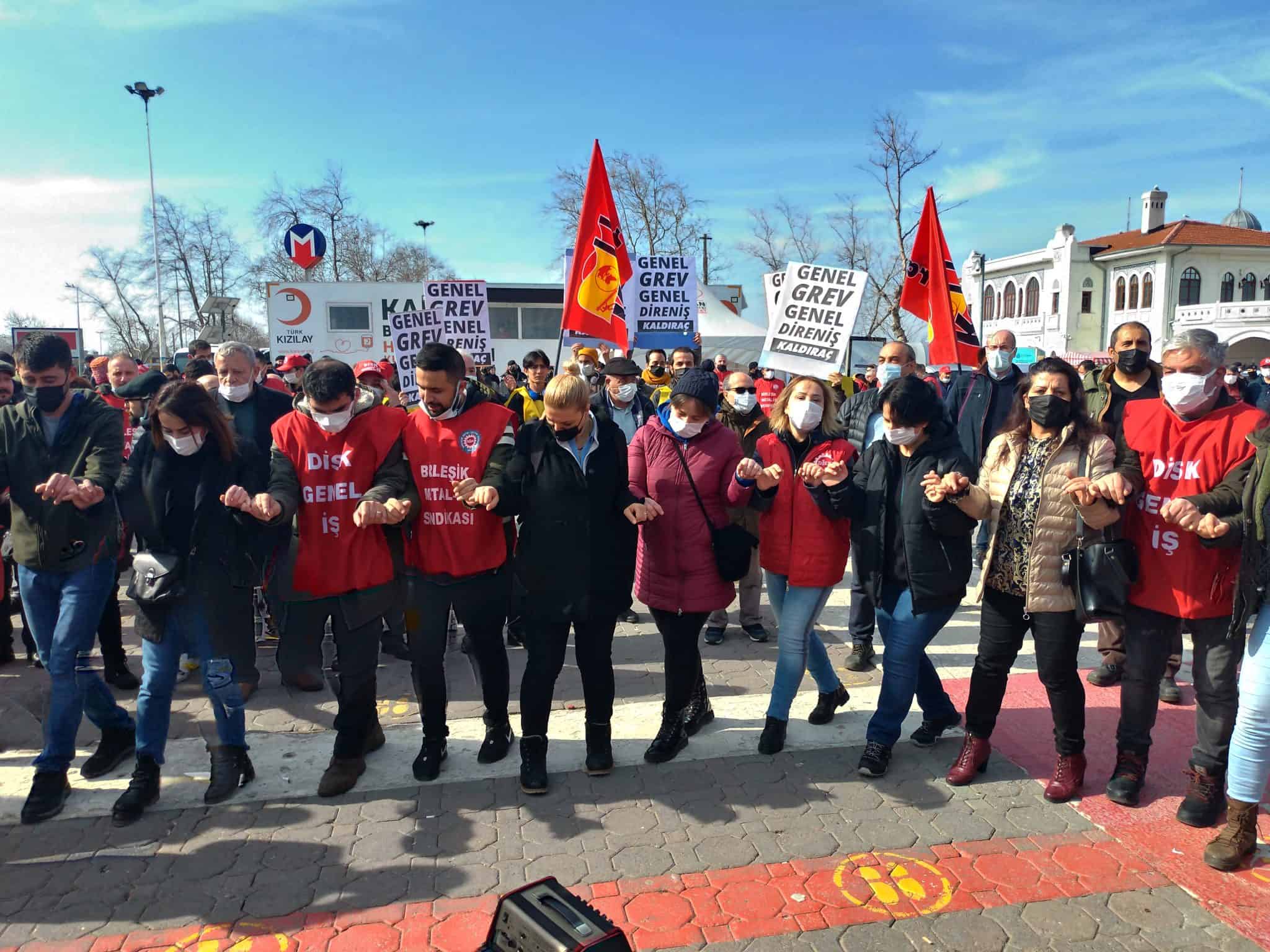 Speaking first in the press release that started at 12:30 on Wednesday, February 16th, DİSK Secretary General Adnan Serdaroğlu summarized the struggle process titled #Geçinmekİstiyoruz (#Wewanttogetliving), which has been going on since October, and gave information about the program of the upcoming period.

Meanwhile, the entrance of #Direnİşçi (#Resistworker) Farplas workers to the area was greeted with enthusiasm.

In the press statement that started after the arrival of Farplas workers, DİSK Chairman Arzu Çerkezoğlu said that we feel prices in the market, on the bills, as a reality that exceeds the figures, and emphasized that there is no solution to unemployment along with expensiveness. DİSK Chairman Arzu Çerkezoğlu said that those who govern the country do not take responsibility for the problems experienced, and said, “Whoever uses the authority will assume the responsibility.”

In the continuation of his speech, DİSK Chairman Arzu Çerkezoğlu explained the five main demands of the struggle process titled “Life is Expensive, Labor is Cheap: This Can Not Go Like This” as follows:

The action ended with the slogans “There is no salvation, either all together or none of us”.

Of the 64 million employable, only 20.4 million are in formal full-time employment!